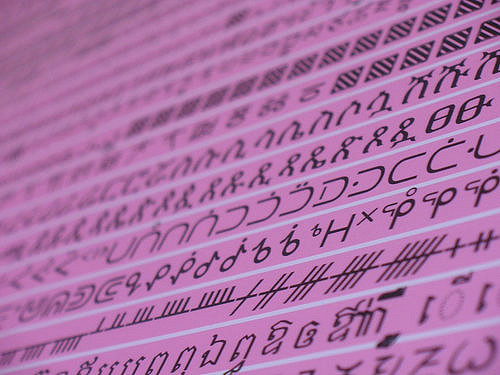 Each language and each country has different ways to represent dates, monetary values, numbers, etc. Unix has "locales" to configure applications for a specific language and a specific country. For example, there are fr_BE for Belgium (french) and fr_FR for France (french).

In practice, each locale uses its own encoding and problems arise when an application uses a different encoding than the locale. There are LC_NUMERIC locale for numbers, LC_MONETARY locale for monetary and LC_CTYPE for the encoding. Not only it's possible to configure an application to use LC_NUMERIC with a different encoding than LC_CTYPE, but some users use such configuration!

In an application which only uses bytes for text, as Python 2 does mostly, it's mostly fine: in the worst case, users see mojibake, but the application doesn't "crash" (exit and/or data loss). On the other side, Python 3 is designed to use Unicode for text and fail with hard Unicode errors if it fails to decode bytes and fails to encode text.

The Unicode type has been reimplemented in Python 3.3 to use "compact string": PEP 393 "Flexible String Representation". The new implementation is more complex and the format() function has been limited to ASCII for the decimal point and thousands separator (format a number using the "n" type).

In January 2012, Stefan Krah noticed the regression (compared to Python 3.2) and reported bpo-13706. I fixed the code to support non-ASCII in format (commit a4ac600d). But when I did more tests, I noticed that the "n" type doesn't decode properly the decimal point and thousands seprator which come from the localeconv() function which uses byte strings.

I fixed format(int, "n") with commit 41a863cb, decode decimal point and the thousands separator (localeconv() fields) from the locale encoding, rather than latin1, using PyUnicode_DecodeLocale():

Hum, it is not trivial to redo the work on Python 3.2. I prefer to leave the code unchanged to not introduce a regression, and I wait until a Python 3.2 user complains (the bug exists since Python 3.0 and nobody complained).

Six years later, in June 2018, I noticed that Python does crash when running tests on locales:

I pushed a second fix to properly support all cases, commit 59423e3d:

"This is tripped by Python's test suite, namely test_float.GeneralFloatCases.test_float_with_comma"

He wrote a short reproducer script:

The bug was already known:

Moreover, the bug was known since 2009, Stefan Krah reported a very similar bug: bpo-7442. I was even involved in this issue in 2013, but then I forgot about it (as usual, I am working on too many issues in parallel :-)).

In 2010, PostgreSQL had the same issue and fixed the bug by changing temporarily the LC_CTYPE locale to the LC_NUMERIC locale.

I have the exact same questions as Marc-Andre. This is one of the reasons why I blocked the _decimal change. I don't fully understand the role of the new glibc, since #7442 has existed for ages -- and it is a open question whether it is a bug or not.

Past 10 years, I repeated to every single user I met that "Python 3 is right, your system setup is wrong". But that's a waste of time. People continue to associate Python3 and Unicode to annoying bugs, because they don't understand how locales work.

Instead of having to repeat to each user that "hum, maybe your config is wrong", I prefer to support this non convential setup and work as expected ("it just works"). With my latest implementation, setlocale() is only done when LC_CTYPE and LC_NUMERIC are different, which is the corner case which "shouldn't occur in practice".

After doing more tests on FreeBSD, Linux and macOS, I pushed commit cb064fc2 to fix bpo-31900 by changing temporarily the LC_CTYPE locale to the LC_NUMERIC locale:

Note: I proposed a change to fix the same bug in the decimal module: PR #5191, but I abandonned my patch.

Fixing bpo-31900 drained all my energy, but sadly... there was a similar bug with LC_MONETARY!

The fix is similar to the LC_NUMERIC fix: change temporarily the LC_CTYPE locale to the LC_MONETARY locale, commit 02e6bf7f:

To test my bugfixes, I used manual tests. The first issue was to identify locales with problematic characters: non-ASCII decimal point or thousands separator for example. I wrote my own "test suite" for Windows, Linux, macOS and FreeBSD on my website: Test non-ASCII characters with locales.

Example with localeconv() on Fedora 27:

Manual tests became more and more complex, since there are so many cases: each operating system use different locale names and the result depends on the libc version. After months of manual tests, I wrote my small personal portable locale test suite: test_all_locales.py. It supports:

The best would be to integrate directly these tests into the Python test suite, but it's not portable nor future-proof, since most constants are hardcoded and depends on the operating sytem and the libc version.