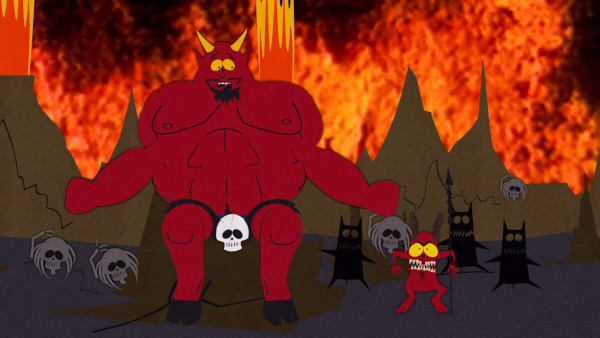 Between 2014 and 2015, I was working on the new shiny asyncio module (module added to Python 3.4 released in March 2014). I helped to stabilize the Windows implementation because... well, nobody else was paying attention to it, and I was worried that test_asyncio randomly crashed on Windows.

One bug really annoyed me, I started to fix it in July 2014, but I only succeeded to fix the root issue in January 2015: six months later!

It was really difficult to find documentation on IOCP and asynchronous programming on Windows. I had to ask for help to someone who had access to the Windows source code to understand the bug...

Spoiler: cancelling an overlapped RegisterWaitForSingleObject() with UnregisterWait() is asynchronous. The asynchronous part is not well documented and it took me months of debug to understand it. Moreover, the bug was well hidden for various reasons that we will see below.

July 2014, asyncio issue #195: while working on a SIGINT signal handler for the ProactorEventLoop on Windows (asyncio issue #191), I hit a bug on Windows: _WaitHandleFuture.cancel() crash if the wait event was already unregistered by finish_wait_for_handle(). The bug was that UnregisterWait() was called twice.

I pushed commit fea6a100 to fix this crash:

Clear reference from _OverlappedFuture to overlapped

July 2014, I created asyncio issue #196: _OverlappedFuture.set_result() should clear the its reference to the overlapped object.

It is important to explicitly clear references to Python objects as soon as possible to release resources. Otherwise, an object can remain alive longer than expected.

I noticed that _OverlappedFuture kept a reference to the undelying overlapped object even after the asynchronous operation completed. I started to work on a fix but I had many issues to fix completely this bug... it is just the beginning of a long journey.

Clear the reference on cancellation and error

I pushed a first fix: commit 18a28dc5 clears the reference to the overlapped in cancel() and set_exception() methods of _OverlappedFuture:

I started by this change because it didn't make the tests less stable.

Clear the reference in poll()

Clearing the reference to the overlapped in cancel() and set_exception() works well. But when I try to do the same on success (in set_result()), I get random errors. Example:

It seems that the problem only occurs in the fast-path of IocpProactor._register(), when the overlapped is not added to _cache.

Clearing the reference in _poll(), when GetQueuedCompletionStatus() read the status, works! I pushed a second fix, commit 65dd69a3 changes _poll():

I tried to add the overlapped into _cache but then the event loop started to hang or to fail with new errors.

I analyzed an overlapped WSARecv() which has been cancelled. Just after calling CancelIoEx(), HasOverlappedIoCompleted() returns 0.

Even after GetQueuedCompletionStatus() read the status, HasOverlappedIoCompleted() still returns 0.

After hours of debug, I eventually found the main issue!

Sometimes GetQueuedCompletionStatus() returns an overlapped operation which has not completed yet. I modified IocpProactor._poll() to ignore the false alarm, commit 51e44ea6:

Keep a reference of overlapped

To stabilize the code, I modified ProactorIocp to keep a reference to the overlapped object (it already kept a reference previously but not in all cases). Otherwise the memory may be reused and GetQueuedCompletionStatus() may use random bytes and behaves badly. I pushed commit 42d3bdee:

I pushed another change to attempt to stabilize the code, commit 313a9809:

The initial issue "_OverlappedFuture.set_result() should clear its reference to the overlapped object" has been fixed, so I closed this issue. I didn't know at this point that all bugs were not fixed yet...

I also opened the new asyncio issue #204 to investigate accept_pipe() special case. We will analyze this funny bug in another article.

At December 21, 2014, five months after a long serie of changes to stabilize asyncio... asyncio was still crashing randomly on Windows! I created bpo-23095: race condition when cancelling a _WaitHandleFuture.

On Windows using the IOCP (proactor) event loop, I noticed race conditions when running the test suite of Trollius (my old deprecated asyncio port to Python 2). For example, sometimes the return code of a process was None, whereas this case must never happen. It looks like the wait_for_handle() method doesn't behave properly.

When I run the test suite of asyncio in debug mode (PYTHONASYNCIODEBUG=1), sometimes I see the message "GetQueuedCompletionStatus() returned an unexpected event" which should never occur neither.

I added debug traces. I saw that the IocpProactor.wait_for_handle() calls later PostQueuedCompletionStatus() through its internal C callback (PostToQueueCallback). It looks like sometimes the callback is called whereas the wait was cancelled/acked by UnregisterWait().

... I didn't understand the logic between RegisterWaitForSingleObject(), UnregisterWait() and the callback ....

It looks like sometimes the overlapped object created in Python (ov = _overlapped.Overlapped(NULL)) is destroyed, before PostToQueueCallback() is called. In the unit tests, it doesn't crash because a different overlapped object is created and it gets the same memory address (the memory allocator reuses a just freed memory block).

The implementation of wait_for_handle() had an optimization: it polls immediatly the wait to check if it already completed. I tried to remove it, but I got some different issues. If I understood correctly, this optimization hides other bugs and reduce the probability of getting the race condition.

Removing _winapi.CloseHandle(self._iocp) in IocpProactor.close() works around the bug. The bug looks to be an expected call to PostToQueueCallback() which calls PostQueuedCompletionStatus() on an IOCP. Not closing the IOCP means using a different IOCP for each test, so the unexpected call to PostQueuedCompletionStatus() has no effect on following tests.

I rewrote some parts of the IOCP code in asyncio. Maybe I introduced this issue during the refactoring. Maybe it already existed before but nobody noticed it, asyncio had fewer unit tests before.

I looked into Twisted implemented of proactor, but it didn't support subprocesses.

I looked at libuv: it supported processes but not cancelling a wait on a process handle...

I had to ask for help to someone who had access to the Windows source code to understand the bug...

This change fixes a race conditon related to _WaitHandleFuture.cancel() leading to a Python crash or "GetQueuedCompletionStatus() returned an unexpected event" logs. Previously, it was possible that the cancelled wait completes whereas the overlapped object was already destroyed. Sometimes, a different overlapped was allocated at the same address, emitting a log about unexpected completition (but no crash).

The overlapped object is kept alive in _WaitHandleFuture until the wait is unregistered.

I think that this issue can now be closed: UnregisterWaitEx() really do what we need in asyncio.

I don't like the complexity of the IocpProactor._unregister() method and of the _WaitCancelFuture class, but it looks that it's how we are supposed to wait until a wait for a handle is cancelled...

Windows IOCP API is much more complex that what I expected. It's probably because some parts (especially RegisterWaitForSingleObject()) are implemented with threads in user land, not in the kernel.

In short, I'm very happy that have fixed this very complex but also very annoying IOCP bug in asyncio.

I got a nice comment from Guido van Rossum:

Congrats with the fix, and thanks for your perseverance!

Summary of the race condition

Events of the crashing unit test:

The main issue is the order of the two last events.

Sometimes, the overlapped completed before the memory was freed: everything is fine.

Sometimes, the overlapped completed after the memory was freed: Python crashed (segmentation fault).

Sometimes, another _WaitHandleFuture was created in the meanwhile and created a second overlapped which was allocated at the same memory address than the freed memory of the previous overlapped. In this case, when the first overlapped completes, Python didn't crash but logged an unexpected completion message.

Sometimes, the write was done in freed memory: the write didn't crash Python, but caused bugs which didn't make sense.

There were even more cases causing even more surprising behaviors.

Summary of the fix: