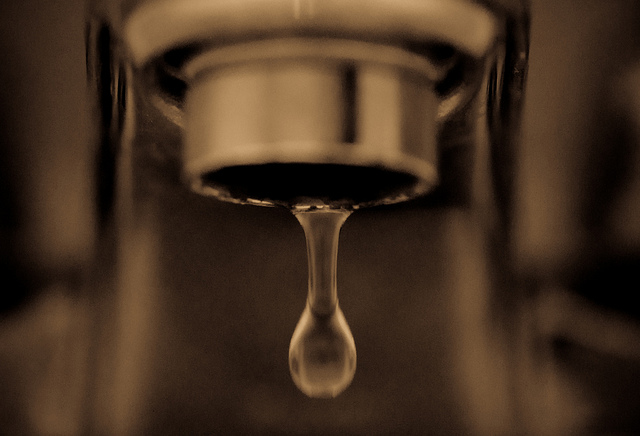 I fixed multiple bugs in asyncio ProactorEventLoop previously. But test_asyncio still failed sometimes. I noticed a memory leak in test_asyncio which will haunt me for 1 year in 2018...

Yet another example of a test failure which looks harmless but hides a critical bug. The bug is that sending a network packet on Windows using asyncio ProactorEventLoop can leak the packet. With such bug, it is easy to imagine a very quick increase of the memory footprint of a network server...

I'm curious why nobody noticed it before me? For me, the only explanation is that nobody was running a server using ProactorEventLoop. Before Python 3.8, SelectorEventLoop was the default asyncio event loop on Windows. bpo-34687: Andrew Svetlov, Yury Selivanov and me agreed to make ProactorEventLoop the default in Python 3.8! Lib/asyncio/windows_events.py change of my commit 6ea29c5e:

The bug wasn't a regression. It was only discovered 5 years after the code has been written thanks to new tests.

UPDATE: I updated the article to add the "Regression? Nope" section and elaborate the Conclusion.

Yet another random buildbot failure

I reproduced the issue. I'm running test.bisect to try to isolate this bug.

Only 15 minutes later thanks to my test.bisect tool, I identified the leaking test, test_sendfile_close_peer_in_middle_of_receiving():

The test is identified, so it should take a few hours, maximum, to fix the bug, no? We will see...

The test is still leaking memory blocks. Any progress on investigating the issue?

At that time, I was busy to fix a bunch of various other bugs reported by buildbots which were easier to fix and I was kind of exhausted by asyncio, I didn't want to touch it.

Oh, I found again this bug while working on my PR 7827 (detect handle leaks on Windows in regrtest).

In fact, it wasn't a real leak. After a few runs, the test stopped to leak:

These multiprocessing bugs kept me busy.

Nothing. Nobody looked at the issue.

In January 2019, after months of hard work on fixing every single buildbot failure, I realized suddenly that the test_asyncio leak, bpo-32710, was one of the last unfixed known test failure! So I decided to have a new look at it.

I spent a lot of time to investigate test_sendfile_fallback_close_peer_in_the_middle_of_receiving() leak and I don't understand the issue.

The main loop is BaseEventLoop._sendfile_fallback(). For the specific case of this test, the loop can be simplified to:

The server closes the connection after it gets 1024 bytes. The client socket gets a ConnectionAbortedError exception in _ProactorBaseWritePipeTransport._loop_writing() which calls _fatal_error():

Said differently: everything works as expected.

Hint: nah, it's unrelated. Moreover, this change has been pushed in May, whereas I reported bpo-32710 leak in January.

Identifying a leak of a single reference is really hard since the test uses hundreds of Python objects! My blocker issue was to repeat the test enough times to trigger the leak N times rather than getting a leak of exactly a single Python reference. The problem was that the test failed when ran more than once.

All my previous attempts to identify the bug failed:

I decided to do what I should have done first: remove as much code as possible to reduce the code that I have to audit. I removed most Python imports, I inlined manually function calls, I removed a lot of code which was unused in the test, etc.

After a few hours, I managed to reduce the giant pile of code used by the test into a very short script of only 159 lines of Python code: test_aiosend.py. The script doesn't call the asyncio sendfile() implementation, but uses its own copy of the code, simplified to do exactly what the test needs:

with a local copy of the code of _SendfileFallbackProtocol class.

Having all code involved in the bug in a single file is way more efficient to follow the control flow and understands what happens.

It took me 1 year, a few sleepless nights, multiple attempts to understand the leak, but I eventually found it! WSASend() doesn't release the memory if it fails immediately. I expected something way more complex, but it's that simple...

Using the test_aiosend.py script that I created, I was finally able to repeat the test in a loop. Thanks to that, it became obvious using tracemalloc that the leaked memory was the memory passed to WSASend().

I was very disappointed by the simplicity of the fix, it only adds a single line:

So what? One year to add a single line? That's unfair!

By the way, the _overlapped.Overlapped type has no traverse function: it may help the garbage collector to add one. Asyncio is famous for building reference cycles by design in Future.set_exception().

I suspect that there are leaks when self->type is set to TYPE_NOT_STARTED.

And he was right! I modified my PR to fix all memory leaks. After my PR has been reviewed, I merged it, commit 5485085b:

Was the memory leak a regression? Nope. The bug existed since the creation of the overlapped.c file in the "Tulip" project in 2013, commit 27c40353:

Tulip was the old name of the asyncio project, when it was still an external project on code.google.com. In the meanwhile, code.google.com has been closed and the project moved to https://github.com/python/asyncio/ (now read-only).

Extract of the original Overlapped_WSASend() implementation, I added a comment to show the location of the bug:

I fixed the memory leak 6 years after the code has been written!

So... why was this bug only discovered in 2018? Multiple very asyncio old bugs were discovered only recently thanks to more realistic and more advanced functional tests. First tests of asyncio were mostly tiny unit tests mocking most part of the code. It made sense in the early days of asyncio, when the code was not mature.

By the way, the code of the test which helped to discovered the bug is:

Note: The test name has been made even longer in the meanwhile (add "the") :-)

For such complex bugs, a reliable debugging method is to remove as much code as possible to reduce the number of lines of code that should be read. tracemalloc remains efficient to identify a memory leak when a test can be run in a loop to make the leak more obvious (I was blocked at the beginning because the test failed when run a second time in a loop).

Lessons learned? You should try to investigate every single failure of your CI. It is important to have a test suite with functional tests. "Mock tests" are fine to quickly write reliable tests, but there are not enough: functional tests make the difference.

Thanks Richard Oudkerk for your great code to use Windows native APIs in asyncio and multiprocessing! I like Windows IOCP, even if the asyncio implementation is quite complex :-)

Ok, _overlapped.Overlapped should now have a few less memory leaks :-)