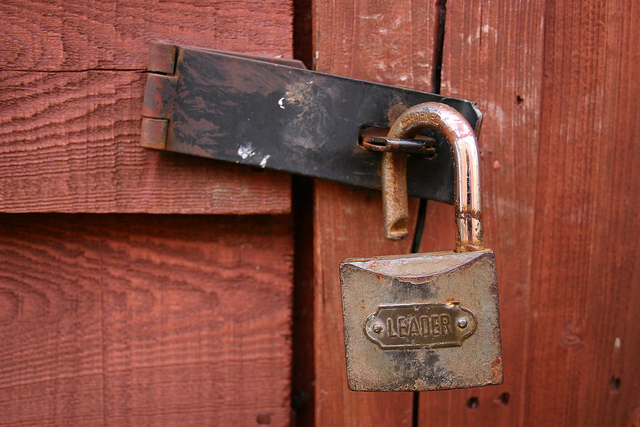 A newly added test failed on Windows. Later, the test started to fail randomly on Linux as well. In fact, it was a well hidden race condition in the asynchronous handshake of SSLProtocol which will take 5 months of work to be identified and fixed. The bug wasn't a recent regression, but only spotted thanks to newly added tests.

Even after this bug has been fixed, the same test still failed randomly on Windows! Once I found how to reproduce the bug, I understood that it's a very scary bug: WSARecv() cancellation randomly caused data loss! Again, it was a very well hidden bug which likely existing since the early days of the ProactorEventLoop implementation.

The "starttls" feature have been requested since creation of asyncio. At October 24, 2013, Guido van Rossum created asyncio issue #79:

Glyph [Lefkowitz] and Antoine [Pitrou] really want a API to upgrade an existing Transport/Protocol pair to SSL/TLS, without having to create a new protocol.

At March 23, 2015, Giovanni Cannata created bpo-23749 which is basically the same feature request. I replied:

Elizabeth Myers, Antoine Pitrou, Guido van Rossum and Yury Selivanov designed the feature. Yury wrote a prototype in 2015 for PostgreSQL. In 2017, Barry Warsaw wrote his own implementation for SMTP.

At the end of 2017, four year after Guido van Rossum created the feature request, Yury Selivanov implemented the feature and pushed the commit f111b3dc:

I'm leaving on a two-weeks vacation today. To avoid risking breaking the workflow, I'll mask this tests on AppVeyor. I'll investigate this when I get back.

and skipped the test as a temporary fix, commit 0c36bed1:

test_start_tls_server_1() just failed on my Linux. It likely depends on the system load.

Open 3 terminals and run these commands in parallel:

It's a race condition which doesn't depend on the OS, but on the system load.

Once I found how to reproduce the bug, I was able to investigate it. I created bpo-33674.

The first write is delayed by call_soon(), whereas the first read is a direct call to the SSL pipe.

Kudos Victor for debugging this.

... the change is basically a single line change:

This is the new cool asynchronous SSL implementation written by Antoine Pitrou and Geert Jansen. It took 3 years and new functional tests to discover the race condition.

The test fails even when test_asyncio is re-run alone (not when other tests run in parallel).

Unable to reproduce the bug

Yury Selivanov failed to reproduce the issue in Windows 7 VM (on macOS) using:

I used SNDBUF to enforce send buffer overloading. It is not required by sendfile tests but I thought that better to have non-mocked way to test such situations. We can remove the socket buffers size manipulation at all without any problem.

When I tried to do that I think I was having more failures with that test. But really up to you.

Next days, I reported more and more similar failures on Windows buildbots and AppVeyor (our Windows CI).

Since this bug became more and more frequent, I decided to work on it. Yury and Andrew failed to reproduce it.

At June 7, 2018, I managed to reproduce the bug on Linux by inserting a sleep at the right place... I understood one hour later that my patch is wrong: "it introduces a bug in the test".

On the other hand, I found the root cause: calling pause_reading() and resume_reading() on the transport is not safe. Sometimes, we loose data. See the ugly hack described in the TODO comment below:

If you remove the "ugly hack", the test no longer hangs...

Even after CancelIoEx(old overlapped), the IOCP loop still gets an event for the completion of the cancelled overlapped WSARecv(). Problem: since the Python future is cancelled, the event is ignored and so 176 bytes of data are lost.

Something else. The bug occurs when CancelIoEx() (on the current overlapped WSARecv()) fails internally with ERROR_NOT_FOUND. According to overlapped.c, it means:

HasOverlappedIoCompleted() returns 0 in that case.

The problem is that currently, Overlapped.cancel() also returns None in that case, and later the asyncio IOCP loop ignores the completion event and so drops incoming received data.

Yury, Andrew, Ned: I set the priority to release blocker because I'm scared by what I saw. The START TLS has a race condition in its ProactorEventLoop implementation. But the bug doesn't see to be specific to START TLS, but rather to transport.set_transport(), and even more generally to transport.pause_reading() / transport.resume_reading(). The bug is quite severe: we loose data and it's really hard to know why (I spent a few hours to add many many print and try to reproduce on a very tiny reliable unit test). As an asyncio user, I expect that transports are 100% reliable, and I would first look into my code (like looking into start_tls() implementation in my case).

If the bug was very specific to start_tls(), I would suggest to "just" "disable" start_tls() on ProactorEventLoop (sorry, Windows!). But since the data loss seems to concern basically any application using ProactorEventLoop, I don't see any simple workaround.

My hope is that a fix can be written shortly to not block the 3.7.0 final release for too long :-(

Yury, Andrew: Can you please just confirm that it's a regression and that a release blocker is justified?

I wrote race.py script: simple echo client and server sending packets in both directions. Pause/resume reading the client transport every 100 ms to trigger the bug.

Using ProactorEventLoop and 2000 packets of 16 KiB, I easily reproduce the bug.

So again, it's nothing related to start_tls(), start_tls() was just one way to spot the bug.

The bug is in Proactor transport: the cancellation of overlapped WSARecv() sometime drops packets. The bug occurs when CancelIoEx() fails with ERROR_NOT_FOUND which means that the I/O (WSARecv()) completed.

That would be a workaround. I don't know how to really fix WSARecv() cancellation without loosing data. A good start would be to modify Overlapped.cancel() to return a boolean to notice if the overlapped I/O completed even if we just cancelled it. Currently, the corner case (CancelIoEx() fails with ERROR_NOT_FOUND) is silently ignored, and then the IOCP loop silently ignores the event of completed I/O...

I used my race.py script to validate that the issue is fixed for real.

I fixed one race condition in the asynchronous handshake of SSLProtocol.

I found and fixed a data loss bug caused by WSARecv() cancellation.

Lessons learnt from these two bugs: