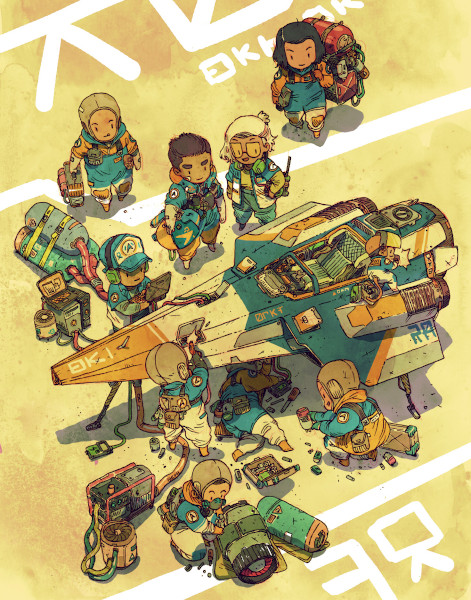 This article describes the discussion on the design of the development mode (-X dev) that I added to Python 3.7 and how it has been implemented.

The development mode enables runtime checks which are too expensive to be enabled by default. It can be enabled by python3 -X dev command line option or by PYTHONDEVMODE=1 environment variable. It helps developers to spot bugs in their code and helps them to be prepared for future Python changes.

In March 2016, I proposed Add a developer mode to Python: -X dev command line option on the python-ideas list:

When I develop on CPython, I'm always building Python in debug mode using ./configure --with-pydebug. This mode enables a lot of extra checks which helps me to detect bugs earlier. The debug mode makes Python much slower and so is not enabled by default.

I propose to add a "development mode" to Python, to get a few checks to detect bugs earlier: a new -X dev command line option. Example:

I propose to enable:

I wrote an implementation of this development mode using exec(). Ronald Oussoren commented my patch:

Why does this patch execv() the interpreter to set options? I'd expect it to be possible to get the same result by updating the argument parsing code in Py_Main.

More on that later :-) Marc-Andre Lemburg didn't buy the idea:

I'm not sure whether this would make things easier for the majority of developers, e.g. someone not writing C extensions would likely not be interested in debugging memory allocations or segfaults, someone spending more time on numerics wouldn't bother with bytes warnings, etc.

Opinion shared by Ethan Furman, so I gave up at this point, closed my issue and my PR.

A discussion started on async and await becoming keywords and how this incompatible change was conducted. Read LWN article Who should see Python deprecation warnings? (December 2017) by Jonathan Corbet for the whole story:

In early November, one sub-thread of a big discussion on preparing for the Python 3.7 release focused on the await and async identifiers. They will become keywords in 3.7, meaning that any code using those names for any other purpose will break. Nick Coghlan observed that Python 3.6 does not warn about the use of those names, calling it "a fairly major oversight/bug". In truth, though, Python 3.6 does emit warnings in that case — but users rarely see them.

The question is who should see DeprecationWarning. Long time ago, it has been decided to hide them by default to not bother users. Users are not able to fix them, and so it is only a source of annoyance.

If the warning is displayed by default, developers can be annoyed by warnings coming from code that they cannot easily fix, like third-party dependencies.

This change will mean that code entered at the interactive prompt and code in single file scripts will revert to reporting these warnings by default, while they will continue to be silenced by default for packaged code distributed as part of an importable module.

The PEP has been approved and implemented in Python 3.7. For example, DeprecationWarning is now displayed by default when running a script and in the REPL:

I was not convinced that only displaying warnings in the __main__ module is enough to help developers to fix issues in their code. A project is way larger than just this module.

I came back with my idea, now on the python-dev list: Add a developer mode to Python: -X dev command line option.

This mode shows DeprecationWarning and ResourceWarning is all modules, not only in the __main__ module. In my opinion, having an opt-in mode for developers is the best option. Python should not spam users with warnings which are targeting developers.

In the context of Python 3.7 incompatible changes, the feedback was way better this time.

Issues with the Python initialization

When I proposed the idea, my plan was to call exec() to replace the current process with a new process. But when I tried to implement it, it was more tricky than expected. My first blocker issue was to remove -O option from the command line. I hate having to parse the command line: it is very fragile and it's too easy to make mistake.

So I tried to write a clean implementation: configure Python properly in "development mode". The first blocker issue was to implement PYTHONMALLOC=debug. The C code to read and apply the Python configuration used Python objects before the Python initialization even started. For example, -W and -X options were stored as Python lists. It means that the Python memory allocator was used before Python would be able to parse PYTHONMALLOC environment variable.

Moreover, the Python configuration is quite complex. Many options are inter-dependent. For example, the -E command line option ignores environment variables with a name staring with PYTHON: like PYTHONMALLOC! Python has to parse the command line before being able to handle PYTHONMALLOC.

In short, it wasn't possible to write a clean implementation of the development mode without refactoring the Python initialization code.

For all these reasons, I refactored Python initialization code in main.c, with bpo-32030 with two large changes:

Since I got enough approval by my peers (core developers), I pushed commit ccb0442a of bpo-32043 to add the -X dev command line option. Thanks to the previous refactoring, the implementation is less intrusive.

Effects of the development mode:

Speaking of which, perhaps it would be nice to set those environment variables so that child processes launched using subprocess inherit them?

Setting PYTHONDEVMODE=1 allows to also enable the development mode in Python child processes, without having to touch their command line.

I created bpo-32047: asyncio: enable debug mode when -X dev is used and asked in the -X dev thread on python-dev:

What do you think? Is it ok to include asyncio in the global "developer mode"?

Antoine Pitrou didn't like the idea because asyncio debug mode was "quite expensive", but Yury Selivanov (one of the asyncio maintainers) and Barry Warsaw liked the idea, so I merged my PR: commit 44862df2.

Notice the "libgcc_s.so.1 must be installed for pthread_cancel to work" error message: the glibc loads dynamically libgcc_s.so.1 library when a thread completes, but another thread closed its file descriptor!

The worst is that the crash is not deterministic: it's a race condition which requires to try many times, even with an example designed to trigger the crash!

Since the EBADF error is silently ignored, it is hard to notice or to debug such issue. I modified the development mode in Python 3.8 to log close() exceptions in io.IOBase destructor.

It was not accepted to always log the close() exception. So having an opt-in development mode is a good practical compromise!

I was just bit by specifying an nonexisitng error handler for bytes.decode() without noticing.

I modified the development mode in Python 3.9, to also check encoding and errors arguments on string encoding and decoding operations, like bytes.decode() or str.encode().

By default, for best performance, the errors argument is only checked at the first encoding/decoding error and the encoding argument is sometimes ignored for empty strings.

Having an opt-in development mode allows to enable additional debug checks at runtime, without having to care too much about the performance overhead.

Note: I love the choice of the example, "Boom, Shaka Laka, Boom!" from the game Gruntz :-D

Even in the __main__ module with PEP 565, ResourceWarning is still not displayed by default (PEP 565 only shows DeprecationWarning):

The development mode shows the warning:

Not closing a resource explicitly can leave a resource open for way longer than expected. It can cause severe issues at Python exit. It is bad in CPython, but it is even worse in PyPy. Closing resources explicitly makes an application more deterministic and more reliable.