It took me 4 years to fix a nasty bug in the famous Python GIL (Global Interpreter Lock), one of the most critical part of Python. I had to dig the Git history to find a change made 26 years ago by Guido van Rossum: at this time, threads were something esoteric. Let me tell you my story.

Fatal Python error caused by a C thread and the GIL

In Python 3.4rc3, calling PyGILState_Ensure() from a thread that was not created by Python and without any calls to PyEval_InitThreads() will cause a fatal exit:

IMO it's a bug in PyEval_InitThreads(). 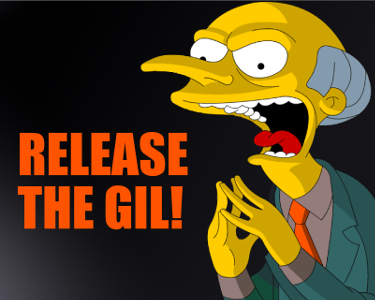 I forgot the bug during 2 years. In March 2016, I modified Steve's test program to make it compatible with Linux (the test was written for Windows). I succeeded to reproduce the bug on my computer and I wrote a fix for PyGILState_Ensure().

Is this fix released? I can't find it in the changelog…

Oops, again, I completely forgot this issue! This time, not only I applied my PyGILState_Ensure() fix, but I also wrote the unit test test_embed.test_bpo20891():

My fix for the master branch, commit b4d1e1f7:

Random crash of the test on macOS

Everything was fine... but one week later, I noticed random crashes on macOS buildbots on my newly added unit test. I succeeded to reproduce the bug manually, example of crash at the 3rd run:

test_embed.test_bpo20891() on macOS showed a race condition in PyGILState_Ensure(): the creation of the GIL lock itself... was not protected by a lock! Adding a new lock to check if Python currently has the GIL lock doesn't make sense...

I proposed an incomplete fix for PyThread_start_new_thread():

I found a working fix: call PyEval_InitThreads() in PyThread_start_new_thread(). So the GIL is created as soon as a second thread is spawned. The GIL cannot be created anymore while two threads are running. At least, with the python binary. It doesn't fix the issue if a thread is not spawned by Python, but this thread calls PyGILState_Ensure().

Why not always create the GIL?

Why not always call PyEval_InitThreads() at interpreter initialization? Are there any downsides?

Thanks to git blame and git log, I found the origin of the code creating the GIL "on demand", a change made 26 years ago!

My guess was that the intent of dynamically created GIL is to reduce the "overhead" of the GIL for applications only using a single Python thread (never spawn a new Python thread).

Luckily, Guido van Rossum was around and was able to elaborate the rationale:

Yeah, the original reasoning was that threads were something esoteric and not used by most code, and at the time we definitely felt that always using the GIL would cause a (tiny) slowdown and increase the risk of crashes due to bugs in the GIL code. I'd be happy to learn that we no longer need to worry about this and can just always initialize it.

I proposed a second fix for Py_Initialize() to always create the GIL as soon as Python starts, and no longer "on demand", to prevent any risk of a race condition:

Nick Coghlan asked if I could you run my patch through the performance benchmarks. I ran pyperformance on my PR 4700. Differences of at least 5%:

Oh, 5 benchmarks were slower. Performance regressions are not welcome in Python: we are working hard on making Python faster!

Skip the failing test before Christmas

I didn't expect that 5 benchmarks would be slower. It required further investigation, but I didn't have time for that and I was too shy or ashame to take the responsibility of pushing a performance regression.

Before the christmas holiday, no decision was taken whereas test_embed.test_bpo20891() was still failing randomly on macOS buildbots. I was not confortable to touch a critical part of Python, its GIL, just before leaving for two weeks. So I decided to skip test_bpo20891() until I'm back. 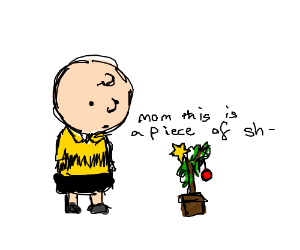 At the end of january 2018, I ran again the 5 benchmarks made slower by my PR. I ran these benchmarks manually on my laptop using CPU isolation:

Ok, it confirms that my second fix has no significant impact on performances according to the Python "performance" benchmark suite.

Then I reenabled test_embed.test_bpo20891() on the master branch.

Antoine Pitrou considered that backport for Python 3.6 should not be merged:

I don't think so. People can already call PyEval_InitThreads().

Guido van Rossum didn't want to backport this change neither. So I only removed test_embed.test_bpo20891() from the 3.6 branch.

I didn't apply my second fix to Python 2.7 neither for the same reason. Moreover, Python 2.7 has no unit test, since it was too difficult to backport it.

Python still has some race conditions in corner cases. Such bug was found in the creation of the GIL when a C thread starts using the Python API. I pushed a first fix, but a new and different race condition was found on macOS.

I had to dig into the very old history (1992) of the Python GIL. Luckily, Guido van Rossum was also able to elaborate the rationale.

After a glitch in benchmarks, we agreed to modify Python 3.7 to always create the GIL, instead of creating the GIL "on demand". The change has no significant impact on performances.

It was also decided to leave Python 2.7 and 3.6 unchanged, to prevent any risk of regression: continue to create the GIL "on demand".

It took me 4 years to fix a nasty bug in the famous Python GIL. I am never confortable when touching such critical part of Python. I am now happy that the bug is behind us: it's now fully fixed in the future Python 3.7!

See bpo-20891 for the full story. Thanks to all developers who helped me to fix this bug!