This article is about a race condition in threading shutdown that I fixed in Python 3.9 in March 2019. I also forbid spawning daemon threads in subinterpreters to fix another related bug. 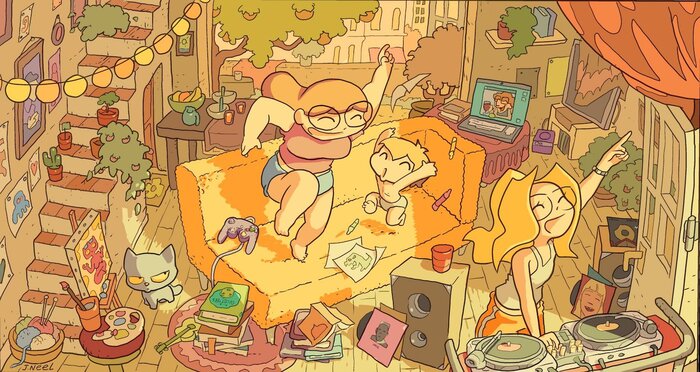 In March 2019, I noticed that test_threading.test_threads_join_2() was killed by SIGABRT on the FreeBSD CURRENT buildbot, bpo-36402:

The test_threads_join_2() test failed randomly on buildbots when tests were run in parallel, but test_threading passed when it was re-run sequentially. Such failure was silently ignored, since the build was seen overall as a success.

In 2016, I already reported the same test failure: bpo-27791 (same test, also on FreeBSD). And Christian Heimes reported a similar issue: bpo-28084. I simply closed these issues because I only saw the failure once in 4 months and I didn't have access to FreeBSD to attempt to reproduce the crash.

In 2019, I had a FreeBSD VM to attempt to reproduce the bug locally.

I identified a race condition in the Python finalization. I also understood that the bug was not specific to subinterpreters:

The test shows the bug using subinterpreters (Py_EndInterpreter), but the bug also exists in Py_Finalize() which has the same race condition.

I wrote a patch for Py_Finalize() to help me to reproduce the bug without subinterpreters:

The bug occurs when the thread is unregistered whereas the underlying native thread is still running and the Python thread state is not deleted yet.

When the native thread completes, _PyThreadState_DeleteCurrent() is called: it calls tstate->on_delete() callback which releases threading.Thread._tstate_lock lock.

The root issue is that:

The lock on Python thread states (threading.Thread._tstate_lock) and PyThreadState.on_delete callback were added in 2013 by Antoine Pitrou to Python 3.4, commit 7b476993 of bpo-18808:

Finally in June 2019, I fixed the race condition in threading._shutdown() with commit 468e5fec:

Py_EndInterpreter() requires that the Python thread states of all threads have been deleted. What about daemon threads? More about that in the next section ;-)

Note: This change introduced a regression (memory leak) which is not fixed yet: bpo-37788.

In June 2019, while fixing the threading shutdown, I found a reliable way to trigger a bug with daemon threads when a subinterpreter is finalized:

By design, daemon threads can run after a Python interpreter is finalized, whereas Py_EndInterpreter() requires that all threads completed.

I reported bpo-37266 to propose to forbid the creation of daemon threads in subinterpreters. I fixed the issue with commit 066e5b1a:

The change adds this check to Thread.start():

Daemon threads must die. That's a first step towards their death!

In February 2020, when rebuilding Fedora Rawhide with Python 3.9, Miro Hrončok of my team noticed that my change broke the python-jep project. I reported the bug upstream. It has been fixed by using regular threads, rather than daemon threads: commit.

A random failure on a FreeBSD buildbot was hiding a severe race condition in the threading shutdown. The bug existed since 2013, but was silently ignored since the test passed when re-run.

The race condition was that that the threading shutdown didn't ensure that the Python thread state of all non-daemon threads are deleted, whereas it is a Py_EndInterpreter() requirement.

I fixed the threading shutdown by waiting until the Python thread state of all non-daemon threads is deleted.