This is the second part of my contributions to CPython during 2017 Q2 (april, may, june):

Previous report: My contributions to CPython during 2017 Q2 (part 1).

During this quarter, I tried to mark "easy" issues using a "[EASY]" tag in their title and the "easy" or "easy C" keyword. I announced these issues on the core-mentorship mailing list. I asked core developers to not fix these easy issues, but rather explain how to fix them. In each issue, I described how fix these issues.

It was a success since all easy issues were fixed quickly, usually the PR was merged in less than 24 hours after I created the issue!

They helped me to fix reference leaks spotted by the new Refleaks buildbots.

Zachary Ware installed a Gentoo and a Windows buildbots running the Python test suite with --huntrleaks to detect reference and memory leaks.

I worked hard with others, especially Stéphane Wirtel and Louie Lu, to fix all reference leaks and memory leaks in Python 2.7, 3.5, 3.6 and master. Right now, there is no more leaks on Windows! For Gentoo, the buildbot is currently offline, but I am confident that all leaks also fixed.

Before this change, warm_caches() was not called in worker processes because the setup was done before rebuilding the namespace from slaveargs. As a consequence, the huntrleaks feature was unstable. For example, test_zipfile reported randomly false positive on reference leaks.

The same change was done to check for memory leaks.

This quarter, I helped to merge two contributions:

Stars of the CPython GitHub project

Ben Hoyt posted it on reddit.com/r/Python, where it got a bit of traction. Terry Jan Reedy also posted it on python-list. 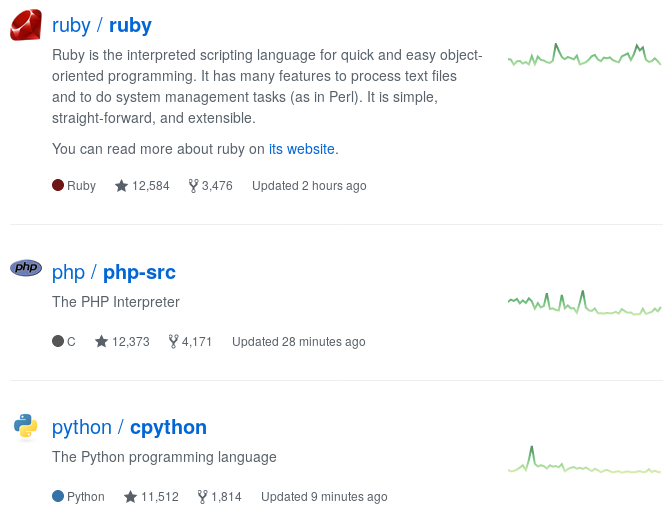