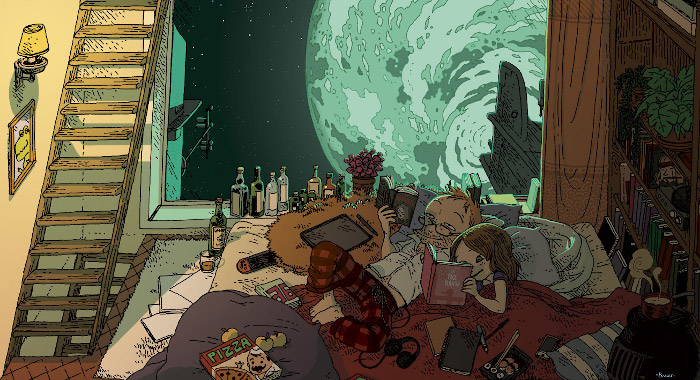 This article is about bugfixes of the infamous GIL (Global Interpreter Lock) in Python 3.9, between March 2019 and March 2020, for daemon threads during Python finalization. Some bugs were old: up to 6 years old. Some bugs were triggered by the on-going work on isolating subinterpreters in Python 3.9.

The bug happens about once every two weeks on a script that is fired more than 10K times a day.

Eric Snow analyzed the bug and understood that it is related to daemon threads and Python finalization. He identified that PyEval_AcquireLock() and PyEval_AcquireThread() function take the GIL but don't exit the thread if Python is finalizing.

When Python is finalizing and a daemon thread takes the GIL, Python can hang randomly.

Eric created bpo-36475 to propose to modify PyEval_AcquireLock() and PyEval_AcquireThread() to also exit the thread in this case. In April 2019, Joannah Nanjekye fixed the issue with commit f781d202:

The fix adds exit_thread_if_finalizing() function which exit the thread if Python is finalizing. This function is called after each take_gil() call.

The fix is very similar to PyEval_RestoreThread() fix made in 2013 (commit 0d5e52d3) to fix bpo-1856 (Python crash involving daemon threads during Python exit).

In December 2019, I reported bpo-39088: test_concurrent_futures crashed randomly with a coredump on AMD64 FreeBSD Shared 3.x buildbot. In March 2020, I succeeded to reproduce the bug on FreeBSD and I was able to debug the coredump in gdb:

This bug is a regression caused by my change: Add PyInterpreterState.runtime field of bpo-36710. I replaced:

I created bpo-39877 to investigate this bug. I managed to reproduce the crash on Linux with a script spawning daemon threads which sleep randomly between 0.0 and 1.0 second, and by adding sleep(1); call at Py_RunMain() exit.

I wrote a PyEval_RestoreThread() fix which access to _PyRuntimeState.finalizing without the GIL.

Antoine Pitrou asked me to convert _PyRuntimeState.finalizing to an atomic variable to avoid inconsistencies in case of parallel accesses. At March 7, 2020, I pushed commit 7b3c252d:

The day after, I pushed my fix, commit eb4e2ae2:

exit_thread_if_finalizing() is now called before take_gil() to ensure that take_gil() cannot be called with an invalid Python thread state (tstate).

Ok, it should now be fixed.

In 2013, I opened bpo-19466 to clear earlier the Python thread state of threads during Python finalization. My intent was to display ResourceWarning warnings of daemon threads as well. In November 2013, I pushed commit 45956b9a:

Later, I discovered a crash in the the garbage collector while trying to reproduce a race condition in asyncio: I created bpo-20526. Sadly, this bug was trigger by my previous change. I decided that it's safer to revert my change.

By the way, when I looked again at bpo-20526, I was able to reproduce again the garbage collector bug, likely because of recent changes. With the help of Pablo Galindo Salgado, Pablo and me understood the root issue. At March 24, 2020, I pushed a fix (commit) to finally fix this 6 years old bug! The fix removes the following line from PyThreadState_Clear():

The solution is to call exit_thread_if_finalizing() twice in take_gil(): before and after taking the GIL.

Python finalization now looks reliable. I'm not sure if it's "more" reliable than previously, but at least, I cannot get a crash anymore, even after bpo-19466 has been fixed (clear Python thread states of daemon threads earlier).

Funny fact, in June 2019, Eric Snow added a very similar bug in bpo-36818 with commit 396e0a8d: test_multiprocessing_spawn segfault on FreeBSD (bpo-37135). I reverted his change to fix the issue. At this time, I didn't have the bandwidth to investigate the root cause. I just reverted Eric's change.

Fix 4: Exit take_gil() while waiting for the GIL if finalizing

While I was working on moving pending calls from _PyRuntime to PyInterpreterState, bpo-3998, I had another bug.

And while working on the inefficient signal handling in multithreaded applications (bpo-40010), I discovered that the previous fix was not enough!

I can only hope that this fix is the last one to fix all corner cases with daemon threads in take_gil() (bpo-39877)!

The GIL got 5 main bugfixes for daemon threads and Python finalization: