My contributions to CPython during 2017 Q3: Part 1

My contributions to CPython during 2017 Q3 (july, august, september), Part 1.

Previous report: My contributions to CPython during 2017 Q2 (part1).

Statistics: I pushed 97 commits in the master branch on a total of 209 commits, remaining: 112 commits in the other branches (backports, fixes specific to Python 2.7, security fixes in Python 3.3 and 3.4, etc.)

Patching all functions calling socket.close() would require a lot of work, and it was surprising to get a "connection reset" when closing a socket.

Who cares that the peer closed the connection, since we are already closing it!?

Removal of the macOS job of Travis CI 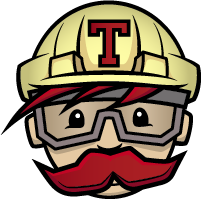 While the macOS job was optional, sometimes it gone mad and prevented a PR to be merged. Cancelling the job marked Travis CI as failed on a PR, so it was still not possible to merge the PR, whereas, again, the job is marked as optional ("Allowed Failure").

Moreover, when the macOS job failed, the failure was not reported on the PR, since the job was marked as optional. The only way to notify a failure was to go to Travis CI and wait at least 30 minutes (whereas the Linux jobs already completed and it was already possible merge a PR...).

In september, we decided to remove the macOS job during the CPython sprint at Instagram (see my previous New C API article), to not slowdown our development speed (bpo-31355). I sent another email to announce the change: [python-committers] Travis CI: macOS is now blocking -- remove macOS from Travis CI?.

After the sprint, it was decided to not add again the macOS job, since we have 3 macOS buildbots. It's enough to detect regressions specific to macOS.

After the removal of the macOS end, at the end of september, Travis CI published an article about the bad performances of their macOS fleet: Updating Our macOS Open Source Offering. Sadly, the article confirms that the situation is not going to evolve quickly.

To understand the "Segfault when readline history is more then 2 * history size" crash of bpo-29854, I modified test_readline to log libreadline versions. I also added readline._READLINE_LIBRARY_VERSION. My colleague Nir Soffer wrote the final readline fix: skip the test on old readline versions.

As a follow-up of this issue, I added a new test.pythoninfo program to log many information to debug Python tests (bpo-30871). pythoninfo is now run on Travis CI, AppVeyor and buildbots.

test.pythoninfo can be easily extended to log more information, without polluting the output of the Python test suite which is already too verbose and very long.

Revert commits if buildbots are broken

I proposed a new rule: revert a change if it breaks builbots and the but cannot be fixed easily:

So I would like to set a new rule: if I'm unable to fix buildbots failures caused by a recent change quickly (say, in less than 2 hours), I propose to revert the change.

It doesn't mean that the commit is bad and must not be merged ever. No. It would just mean that we need time to work on fixing the issue, and it shouldn't impact other pending changes, to keep a sane master branch.

[python-committers] Revert changes which break too many buildbots.

The first revert was an enhancement of test_datetime, bpo-30822:

I wrote an email to announce the revert: [python-committers] Revert changes which break too many buildbots.

It took 15 days to decide how to fix properly the issue (exclude tzdata from test resources). I don't regret my revert, since having broken buildbots for 15 days would be very annoying.

I chose to revert the change because I don't have the bandwidth right now to investigate why the change broke test_gdb.

I'm surprised that a change affecting python-gdb.py wasn't properly tested manually using test_gdb.py :-( I understand that Travis CI doesn't have gdb and/or that the test pass in some cases?

The revert only gives us more time to design the proper solution.

Hopefully, a new fixed commit was pushed 4 days later and this one didn't break buildbots!

As usual, I spent a significant part of my time to fix bugs in the Python test suite to make it more reliable and more "usable".

Next report: My contributions to CPython during 2017 Q3: Part 2 (dangling threads).