I have been officially promoted as a core developer in January 2010 by Martin von Loewis. I spent the whole year of 2010 to fix dozens of encoding issues during the development of Python 3.2, following my Unicode work started in 2008.

This article is focused on the long discussions to choose the best Python filesystem encoding on each platform in 2010 for Python 3.2.

This article is the third in a series of articles telling the history and rationale of the Python 3 Unicode model for the operating system: 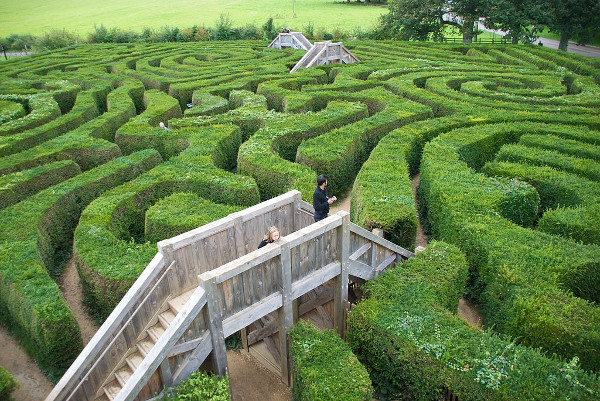 When Python 3.0 was released, it was unclear which encodings should be used for:

While UTF-8 is a good choice in most cases, it is not the best choice in all cases. Almost everything worked well in Python 3.0 when all data used UTF-8, but Python 3.0 failed badly if the locale encoding was not UTF-8.

Python 3.1, 3.2 and 3.3 will get a lot of changes to adjust encodings in all corners of the standard library.

I will check in Victor's changes (with some edits).

Together this means that the various suggested higher-level solutions (like returning path-like objects, or some kind of roudtripping almost-but-not-quite-utf-8 encoding) can be implemented in pure Python.

Python 3.0 will be the first major release with this function.

In retrospective, I see this function as asking developers and users to be smart and choose the encoding themself.

While the ISO-8859-1 encoding trick is tempting, we will see later that setfilesystemencoding() is broken by design and so cannot be used in practice.

What if getting the locale encoding fails?

On POSIX (but not on Mac OS X), Python3 calls get_codeset() to get the file system encoding. If this function fails, sys.getfilesystemencoding() returns None.

Issue #8610: Load file system codec at startup, and display a fatal error on failure. Set the file system encoding to utf-8 (instead of None) if getting the locale encoding failed, or if nl_langinfo(CODESET) function is missing.

This change adds the function initfsencoding(): logic to initialize the filesystem encoding.

In practice, Python already used UTF-8 when the filesystem encoding was set to None, but this change makes the default more obvious. The change also makes the error case better defined: Python exits immediately with a fatal error.

My biggest Unicode project in Python 3 was to fix the encoding in all corners of the standard library. This task kept me busy between Python 3.0 and Python 3.4, at least.

Python3 is unable to start (bootstrap failure) on a POSIX system if the locale encoding is different than utf8 and the Python path (standard library path where the encoding module is stored) contains a non-ASCII character. (Windows and Mac OS X are not affected by this issue because the file system encoding is hardcoded.)

I fixed all these issues, and reported most of them.

At that time, I didn't know that it will take me a few more years to really fix all encoding issues. For example, it will take me 3 years to modify the core of the import machinery to pass filenames as Unicode on Windows: bpo-3080 Full unicode import system.

May 2010, while discussing how to fix bpo-8610 "Python3/POSIX: errors if file system encoding is None", I asked what is the best encoding if reading the locale encoding fails. As a follow-up, Marc-Andre Lemburg created bpo-8622:

As discussed on issue8610, we need a way to override the automatic detection of the file system encoding - for much the same reasons we also do for the I/O encoding: the detection mechanism isn't fail-safe.

We should add a new environment variable with the same functionality as PYTHONIOENCODING:

August 2010, just after adding PYTHONFSENCODING, I opened bpo-9632 to remove the sys.setfilesystemencoding() function:

The sys.setfilesystemencoding() function is dangerous because it introduces a lot of inconsistencies: this function is unable to reencode all filenames of all objects (eg. Python is unable to find filenames in user objects or 3rd party libraries). Eg. if you change the filesystem from utf8 to ascii, it will not be possible to use existing non-ascii (unicode) filenames: they will raise UnicodeEncodeError.

As sys.setdefaultencoding() in Python2, I think that sys.setfilesystemencoding() is the root of evil :-) PYTHONFSENCODING (issue #8622) is the right solution to set the filesysteme encoding.

Marc-Andre Lemburg complained that applications embedding Python may want to set the encoding used by Python. I proposed to use the PYTHONFSENCODING environment variable as a workaround, even if it was not the best option.

I wrote a patch to "reencode" filenames of all module and code objects once the filesystem encoding is set, in initfsencoding(),

When I wrote the patch, I knew that it was an ugly hack and not the proper design. I proposed to try to avoid importing any Python module before the Python codec of the locale encoding is loaded, but there was a pratical issue. Python only has builtin implementation (written in C) of the most popular encodings like ASCII and UTF-8. Some encodings like ISO-8859-15 are only implemented in Python.

I also proposed to "unload all modules, clear all caches and delete all code objects" after setting the filesystem encoding. This option would be very inefficient and make Python startup slower, whereas Python 3 startup was already way slower than Python 2 startup.

The list of weak references to code objects really looks like a hack and I disliked it, but I failed to find a better way to fix Python startup.

October 2010, I wrote an email to the python-dev list: Inconsistencies if locale and filesystem encodings are different. I proposed two solutions:

You have to differentiate between the meaning of a file system encoding and the locale:

A file system encoding defines how the applications interact with the file system.

A locale defines how the user expects to interact with the application.

It is well possible that the two are different. Mac OS X is just one example. Another common example is having a Unix account using the C locale (=ASCII) while working on a UTF-8 file system.

This email is a good example of dilemma we had when having to choose one encoding. There is a big temptation to use multiple encodings, but at the end, data are not isolated. A filename can be found in command line arguments (python3 script.py file.txt), in environment variables (LOG_FILE=log.txt), in file content (ex: Makefile or a configuration file), etc. Using multiple encodings does not work in practice. 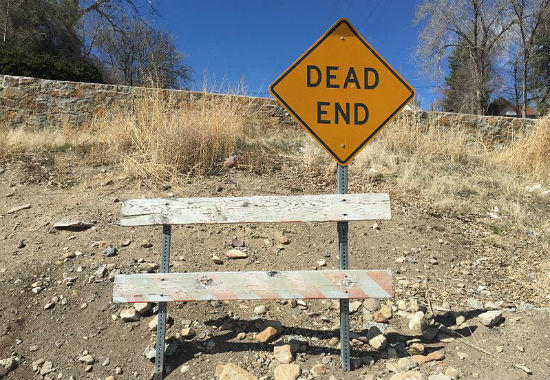 September 2010, I reported bpo-9992: Command-line arguments are not correctly decoded if locale and fileystem encodings are different.

I proposed a patch to use the locale encoding to decode and encode command line arguments, rather than using the filesystem encoding.

Martin v. Löwis proposed to use the locale encoding for the command line arguments, environment variables and all filenames. My summary:

You mean that we should use the following encoding:

Two days later, I pushed an important change to use the locale encoding and remove the ugly redecode_filenames() hack, commit f3170cce:

Use locale encoding if Py_FileSystemDefaultEncoding is not set

This change has been made possible by enhancements of PyUnicode_EncodeFSDefault() and PyUnicode_DecodeFSDefaultAndSize(). Previously, these functions used UTF-8 before the filesystem was set. With my change, these functions now use the C implementation of the locale encoding: use mbstowcs() to decode and wcstombs() to encode. In practice, the code is more complex because Python uses the surrogateescape error handler.

February 2011, Python 3.2 has been released. Summary of the used filesystem encodings:

Note: UTF-8 is used if the nl_langinfo(CODESET) function is not available.

On FreeBSD and OpenIndiana, sys.getfilesystemencoding() returns 'ascii' when the locale is not set, whereas the locale encoding is ISO-8859-1 in practice.

Issue #16455: On FreeBSD and Solaris, if the locale is C, the ASCII/surrogateescape codec is now used, instead of the locale encoding, to decode the command line arguments. This change fixes inconsistencies with os.fsencode() and os.fsdecode() because these operating systems announces an ASCII locale encoding, whereas the ISO-8859-1 encoding is used in practice.

Workaround FreeBSD and OpenIndiana locale encoding issue with the C locale. On these operating systems, nl_langinfo(CODESET) announces an alias of the ASCII encoding, whereas mbstowcs() and wcstombs() functions use the ISO-8859-1 encoding. The problem is that os.fsencode() and os.fsdecode() use locale.getpreferredencoding() codec. For example, if command line arguments are decoded by mbstowcs() and encoded back by os.fsencode(), we get a UnicodeEncodeError instead of retrieving the original byte string.

The workaround is enabled if setlocale(LC_CTYPE, NULL) returns "C", nl_langinfo(CODESET) announces "ascii" (or an alias to ASCII), and at least one byte in range 0x80-0xff can be decoded from the locale encoding. The workaround is also enabled on error, for example if getting the locale failed.

It took 6 years to fix Python to use the best Python filesystem encoding.

Python 3.0 mostly uses UTF-8 everywhere, but it was not a deliberate choice and it caused many issues when the locale encoding was not UTF-8. Python 3.1 got the surrogateescape error handler (PEP 383) which reduced Unicode errors.

September 2010, I removed the sys.setfilesystemencoding() function because it creates mojibake by design. I also pushed an ugly change to reencode filenames to fix many PYTHONFSENCODING bugs.

October 2010, I fixed all tests when Python lives in a non-ASCII directory: first milestone of supporting locale encodings different than UTF-8. I also removed the PYTHONFSENCODING environment variable after a long discussion. Moreover, I pushed the most important Python 3.2 change: Python now uses the locale encoding as the filesystem encoding. This change fixed many issues.

December 2012, I forced the filesystem encoding to ASCII on FreeBSD and Solaris when the announced locale encoding is wrong.