September 2016, a few days before the CPython core dev sprint, Steve Dower proposed two major backward incompatible changes for Python 3.6 on Windows: PEP 528: Change Windows console encoding to UTF-8 and PEP 529: Change Windows filesystem encoding to UTF-8. At the first read, I was sure that the PEP 529 will break all applications on Windows. This article tells the story behind the PEPs approval.

This article is the fourth in a series of articles telling the history and rationale of the Python 3 Unicode model for the operating system:

September 2016, Steve Dower, who works for Microsoft, wrote the PEP 529: Change Windows filesystem encoding to UTF-8 and posted it to python-dev for comments. 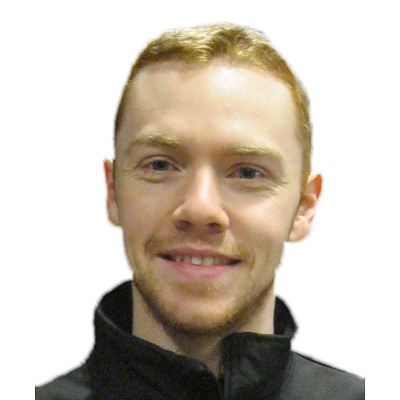 Historically, Python uses the ANSI APIs for interacting with the Windows operating system, often via C Runtime functions. However, these have been long discouraged in favor of the UTF-16 APIs. Within the operating system, all text is represented as UTF-16, and the ANSI APIs perform encoding and decoding using the active code page. See Naming Files, Paths, and Namespaces for more details.

This PEP proposes changing the default filesystem encoding on Windows to utf-8, and changing all filesystem functions to use the Unicode APIs for filesystem paths. This will not affect code that uses strings to represent paths, however those that use bytes for paths will now be able to correctly round-trip all valid paths in Windows filesystems. Currently, the conversions between Unicode (in the OS) and bytes (in Python) were lossy and would fail to round-trip characters outside of the user's active code page.

Notably, this does not impact the encoding of the contents of files. These will continue to default to locale.getpreferredencoding() (for text files) or plain bytes (for binary files). This only affects the encoding used when users pass a bytes object to Python where it is then passed to the operating system as a path name.

Here is my analysis on the rationale for the PEP 529 change.

On Unix, the native type for filenames is bytes. A filename is seen by the Linux kernel as an opaque object. The ext4 filesystem stores filenames as bytes. If a Python 2 application uses Unicode for filenames, filesystem operations can fail with a Unicode error (encoding or decoding error) depending on the locale encoding. If the locale encoding is ASCII, Unicode errors are likely to occur at the first non-ASCII filename. For example, Mercurial handles filenames as bytes.

On Python 3, handling filenames as Unicode works thanks to the surrogateescape error handler. Most Python 2 applications ported to Python 3 keep their Python 2 support, and so still handle filenames bytes.

Problems arise when such software is used on Windows.

On Windows, the native type for filenames is Unicode. Many functions come in two flavors: "ANSI" (bytes) and "Wide" (Unicode) versions. In my opinion, the ANSI flavor mostly exists for backward compatibility. In Python 3.5, passing a filename as bytes uses the ANSI flavor, whereas the Wide flavor is used for Unicode filenames. The ANSI flavor uses the ANSI code page which is very limited compared to Unicode, usually only 256 code points or less. Some filenames not encodable to the ANSI code page simply cannot be opened, renamed, etc. using the ANSI API.

The other issue is that some developers only develop on Unix (ex: Linux or macOS) and never test their application on Windows.

For a better rationale, read the Background section of Steve Dower's PEP :-)

Discussion at the CPython sprint and Guido's approval

Honestly, at the first read, I was sure that the PEP 529 will break all applications on Windows.

Hopefully, thanks to the PSF and Instagram, I was able to attend my first CPython sprint at Instagram headquarters: CPython sprint, september 2016. I discussed there with Steve who reassured me and explained me his PEP. Later, we talked with Guido van Rossum.

Even if I liked the idea of using UTF-8, I was still not fully confident that the change will not break the world. We agreed to try the change during Python 3.6 beta phase, but revert it if something bad happens.

Following this talk, Guido accepted the PEP under conditions

I'm hijacking this thread to provisionally accept PEP 529. (I'll also do this for PEP 528, in its own thread.)

I've talked things over with Steve and Victor and we're going to do an experiment (as now written up in the PEP) to tease out any issues with this change during the beta. If serious problems crop up we may have to roll back the changes and reject the PEP -- we won't get another chance at getting this right. (That would also mean that using the binary filesystem APIs will remain deprecated and will eventually be disallowed; as long as the PEP remains accepted they are undeprecated.)

Congrats Steve! Thanks for the massive amount of work on the implementation and the thinking that went into the design. Thanks everyone else for their feedback.

I was honoured that Guido listened to my Unicode experience to take a decision on the PEP ;-)

Just before the PEP 529, Steve Dower also wrote PEP 528: Change Windows console encoding to UTF-8. This change only impacts the Windows console, so there is a lower risk of breaking the world.

This PEP was also quickly approved by Guido during the CPython sprint. Steve implemented it in Python 3.6.

Even if it's smaller change, it is yet another change towards using UTF-8 everywhere.

Hopefully, I was wrong about the risk of breaking the world. No user complained about these two backward incompatible changes: Python 3.6 on Windows is a success!

At the first read, I was sure that the PEP 529 (filesystem encoding) will break all applications on Windows.

Thanks to the CPython core dev sprint, I was able to discuss with Steve who reassured me and explained me his PEP 529. We agreed with Guido van Rossum to try the change during Python 3.6 beta phase, but revert it if something bad happens. I was honoured that Guido listened to my Unicode experience to take a decision on the PEP.

No user complained about these two backward incompatible changes: Python 3.6 on Windows is a success!